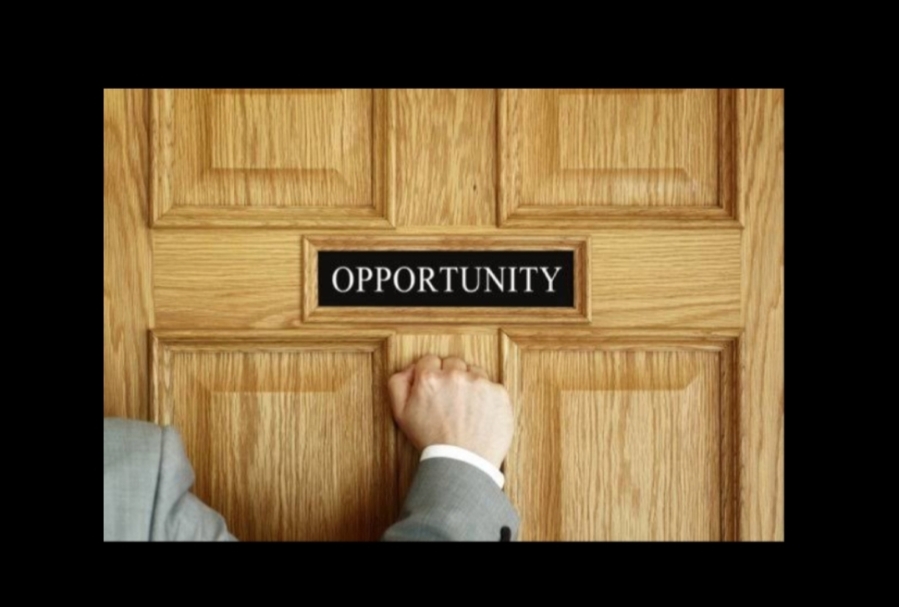 I have been thinking about successful people over the weekend. I do understand that success means different things to different people. But there is one thing which I have found is that, irrespective of the unique pursuits of these highly successful people , they have one thing very prominently common in them and that is , they have been “ Door Knockers” instead of ‘ Window Openers’. I took a deep dive in this concept of achieving success and making big on the world platform.

You must be wondering that we did hear these two terms I.e Door Knockers & Window Openers but have not thought much as to how they connect to lead a successful life ?.

The problem is that for most good things in life, the pass to success isn’t so clear. There isn’t an open window with the ideal outcome clearly visible on the other side. Instead, the best outcomes are often hidden behind doors. We have to knock and open many different doors to see what’s behind each one.

Well that’s the beautiful part of the whole thing. When it comes to achieving success, there are essentially two type of people in this world . First type of them are known as “ WINDOW OPENERS” . These type of people need to look through a window and when they see their expected outcome on the other side , then only they open that window and decide to walk through. Second types of people are “ DOOR KNOCKERS”. These are sort of people who will knock on lots of doors and open those doors and then will see what lies is on the other side of the door. There might not be an immediate, guaranteed short-term return, but they’ll go for it anyway and use it as a learning opportunity.

The ‘KEY 🔑 DIFFERENCE’ among them is that as a ‘DOOR KNOCKERS’, you do not know what is the outcome of your actions is going to be?. Because you have to knock on the door and then have to see what lies ahead. Whereas as WINDOW OPENERS, you first see the expected outcome on the other side and then only, you just kind of work through it to get it. The one perceived advantage with WINDOW OPENERS is that you have your path charted out in front of you and any action predictably leads to a certain outcome compared to the DOOR KNOCKERS.

Incidentally, a lot of success in life these days and in earlier days, disproportionately comes from the DOOR KNOCKER attitude rather than the WINDOW OPENER attitude. Let me give out a Quote out here👇

IF WE DO NOT HAVE OUR SAILS OPEN”

To my mind , in all of the rest of bits of life , in lot of businesses, entrepreneurial journeys, new creations & innovations , creative works, coding, & computing, or most of the startup’s door knocking plays a very vital role in their realised success stories. In most of the cases, You do not know what the final outcome is going to be. You just knock on the door and apply consistency and hard work and dedication and all that good stuff to realise your dream projects or realise your ambitions. Somewhere on the way, You then just gain the opportunity and maximise its effect to attain serendipity which otherwise you would never have known was possible.

If you would have asked me years ago as to ‘ what is the point of writing a blog and wasting my time ?! I probably would not have been able to articulate or would have given you the appropriate answers to your otherwise valid question. Probably, my responses would have been like , oh, I do not know ? or I am not really sure about things going forward or I have not thought about it or may be that I am hopeful that someday it will go well , etc etc.

But now when I look back , it has completely changed me and have introduced many new and dynamic perspective to my life. I would not have been able to do that , if I would have been a ‘WINDOW OPENERS’. If I would have been just thinking, oh, let me focus on my core profession because that’s the thing that I can see in front of me, I would have never discovered this side of mine ever. The law of self inertia is extremely overpowering and will never let you to shape your noble intent of prosperity.

I would say that venturing into new field, acquiring different skill sets, and toying with the new ideas 💡 of progression and intellectual growth has no fixed windows. You have to mandatorily KNOCK THE DOORS to see yourself , what lies on the other side. That’s how things are , that’s how big things happen and probably that’s the way you have to apply yourself to make it big.

From mind’s perspective, It’s a fundamental shift of your thought process. Let me reassure you that , it will not hamper your core profession ( whether you are a Doctor 🥼 or an Engineer 👨‍💻, or doing a white collar job , or into your own work etc. etc). Adopting this new strategy of ‘Being a DOOR KNOCKERS’ will gives you a freedom to start experimenting with your interests and turn them into something big. You would never know which skill set of yours would turn out to be a life changing skill set for you and it may not necessarily be your core profession.

Let us give few examples from the history to drive my point home.

I would start with Steve Jobs, a high school graduate, disgracefully asked to leave Apple Company which he co-founded. What he did ?, he went on and became founder of Pixar, NeXT & Apple board had offered apology & position back in the company.

Another legendary is ELON MUSK, an Industrial Designer by profession, co-founded his first company ‘Zip2’ – a web software company with his brother Kimabl, which was acquired by Compaq for $340 million in 1999. ELON MUSK then founded ‘ X.com’ an online bank before founding Space X . He also became co-founder of Neuralink, and product architect of Tesla ( a revolution in electric vehicles 🚗 , just like what Apple did to Phones ). Most recently , he founded artificial intelligence venture ‘OpenAI’ which plan to mimic human brain using computers.

Another set of guys, who comes to my mind are Ritesh Agarwal’, founder of OYO ROOMS, Bhavesh Aggarwal of ‘ OLA CABS’ and Vijay Shekhar Sharma, founder of ‘Paytm’, who broke the hegemonies in a developing country.

These legendary people have become a true example of “ DOOR KNOCKERS”. Otherwise, all these guys would not have made it big on the world stage.

“ TAKE YOUR CHANCES WITH IN YOUR PERCEIVED SAFETY NET AND START KNOCKING THE DOORS.

What make me think great about these guys is their ability to do hard work, resilience, perseverance, self belief, willingness to learn new things and acquire new knowledge.

The most striking example of ‘DOOR KNOCKERS’ is ELON MUSK and why do I say so ?. He founded ‘SPACE X’ with a vision to explore universe and turn into a space tourism, especially in the times when most of the Government agencies had the almost absolute monopolies in this area like NASA , ROSCOSMOS, UK Space Agency, CSA, ISRO, and many more. For a considerable longer period, private entity were strictly discouraged at every step of their way forward on the ground of national security and importance in an uncharted and undefined boundaries of space. That’s why it’s called Universe and not world, because world has boundaries and universe has none. It was the sheer resilience, hard work ,perseverance and an attitude of repeatedly knocking the doors has now led SPACE X to be considered as one of the main collaborator of NASA in their space exploration. To my mind, in the midest of unpredictable wheel of bureaucracy governed by megalomaniacs , ELON MUSK surfaced as one of the biggest example of DOOR KNOCKERS.

Over time, the door-knockers do lots of things that increase their leverage. They speak at events, they blog, they tweet, they meet people, they learn new skills. Individually, a single one of these might not lead to a ‘good’ outcome. But overall, the door-knockers increase the surface area for potential positive outcomes.

So, when making decisions about what to do, do you only open windows, or do you knock on doors as well ??

HAVE A GREAT WEEK AHEAD

This site uses Akismet to reduce spam. Learn how your comment data is processed.